Some of the early signs of menopause at age 40 include mood swings, hot flashes, irregular periods, and other menopausal symptoms.

Menopause at Age 40? 10 Symptoms to Watch for

FacebookPinterestMessengerTwitterEmail
5 years ago| by Jeanie Davis

For most women, natural menopause starts between the ages of 45 and 55. However, for some women, the changes of menopause start even earlier – before age 40. This is known as “premature” menopause and is typically due to illness, medical procedure, or genetics.

If you’re age 40 or so, you might be in the throes of early menopause if you have been experiencing hot flashes, irregular periods, sudden emotional changes, and other signs of menopause.

Let’s take a broader look at menopause – what exactly menopause is, what is involved with early menopause, the causes of premature menopause, and the signs to watch for that indicate you’re experiencing menopause.

Menopause occurs when the ovaries stop producing estrogen, which is the hormone that controls the reproductive cycle. A woman is in menopause if she hasn’t had a period for more than 12 months.

Chemotherapy for cancer treatment – or an oophorectomy to remove the ovaries – will trigger early menopause. However, you can also go into early menopause even if your ovaries are still intact.

What Are Symptoms of Premature Menopause?

Hot flashes, mood swings, and irregular periods – these are the classic signs of menopause, but there are plenty more symptoms that signal “the change.”

Women in premature menopause will cope with emotional and other physical concerns. For example, because menopause signifies the end of a woman's fertile years, a woman who wishes to get pregnant is likely to face a serious challenge in her life.

Early menopause begins when with changes in periods, a sign that the ovaries are producing less estrogen. Symptoms include:

Researchers have identified several causes of early menopause, but in some cases, the underlying cause can’t be determined.

Very often, the cause is genetic if there is no obvious medical reason for early menopause. You likely inherited this tendency. If your mother started menopause early, you are more likely to follow that pattern. But genes aren’t the only trigger.

Your lifestyle can affect the onset of menopause. Smoking can contribute to early menopause as nicotine has anti-estrogen effects. The Mayo Clinic reports that women who smoke may start menopause one to two years earlier than women who don’t smoke.

Thin women with lower Body mass index (BMI) may experience early menopause. Estrogen is stored in fat tissue. Thin women have fewer estrogen stores, and they can be depleted sooner.

Vegetarian diet, lack of sun exposure, and lack of exercise throughout your life can cause early menopause.

7 years ago| by Angie Finlay

Misinformation can lead to unnecessary discomfort, so it’s important to break through these common misconceptions about perimenopause.

Turner syndrome (also called monosomy X and gonadal dysgenesis) is a condition in which the ovaries don’t function properly, which can cause early menopause.

Pure gonadal dysgenesis is a variation on Turner syndrome that requires hormone replacement therapy (HRT), usually during adolescence, to stimulate the ovaries.

Trisomy 13 and 18 are conditions in which the 13th or 18th pair of chromosomes has an extra chromosome. These conditions cause severe developmental issues, infertility, and early menopause.

Premature menopause can be a symptom of thyroid disease or rheumatoid arthritis, which are autoimmune diseases. With an autoimmune disease, the immune system mistakes the body (or an organ) for an invader and attacks it. The inflammation can affect the ovaries, causing them to stop working.

How Is Early Menopause Diagnosed?

Perimenopause is the year or so before menopause when periods become irregular, leading to menopause. When you’ve had 12 months without menstrual bleeding, you are considered to be in menopause.

Tests aren’t usually needed to diagnose menopause. But if you think you’re experiencing early menopause, you may want to see your doctor to be sure.

Your doctor can order hormone tests to determine whether your symptoms are due to perimenopause or another condition. The hormones to check include estrogen, follicle-stimulating hormone (FSH), and thyroid-stimulating hormone (TSH). If you have an underactive thyroid (hypothyroidism), you’ll have high TSH levels.

How Is Early Menopause Treated or Managed?

Early menopause generally doesn’t require treatment. However, treatment can help manage the symptoms of menopause or conditions related to it.

Early menopause can’t usually be reversed, but treatment can help delay or reduce the symptoms of menopause.

These therapies carry risk as they can increase your chances of heart disease, stroke, or breast cancer. Talk to your doctor about these risks. Lower doses of hormones may decrease your risk.

Alternative, natural and complementary therapies are treatments that are considered nontraditional. They include acupuncture, chiropractic, dietary changes and herbal supplements, massage therapy, biofeedback, and homeopathy. Also, eating certain foods is thought to heal the body.

Many women going through menopause try to get relief from their symptoms by including foods containing phytoestrogens, or natural estrogens, in their diet. Nutritional supplements, like black cohosh and flaxseed, are also believed to help relieve menopausal symptoms.

If you're considering alternative or natural treatment, talk to your doctor about these therapies to relieve your symptoms before attempting to begin use of them.

Coping with MenopausePros and Cons of HRT 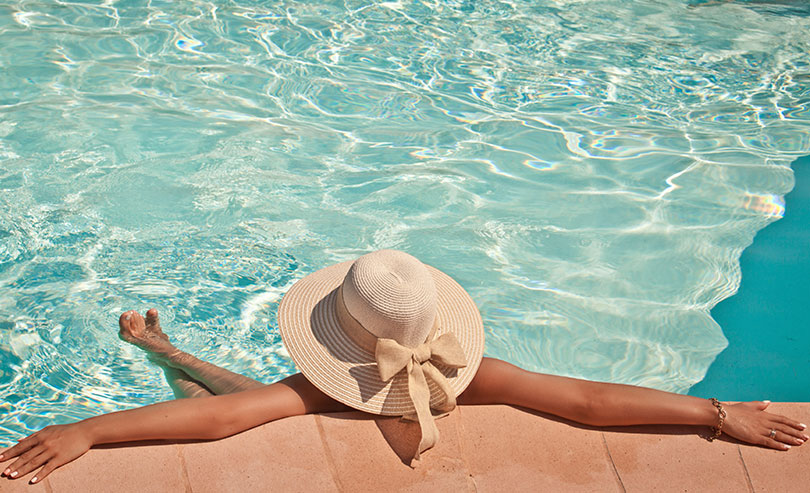 Coping with Menopause8 Tips for Traveling During Menopause

Coping with MenopauseWhat to Know About a Balanced Menopause Diet

Understanding MenopauseWhy Menopause Hair Loss Happens, and What to Do About It